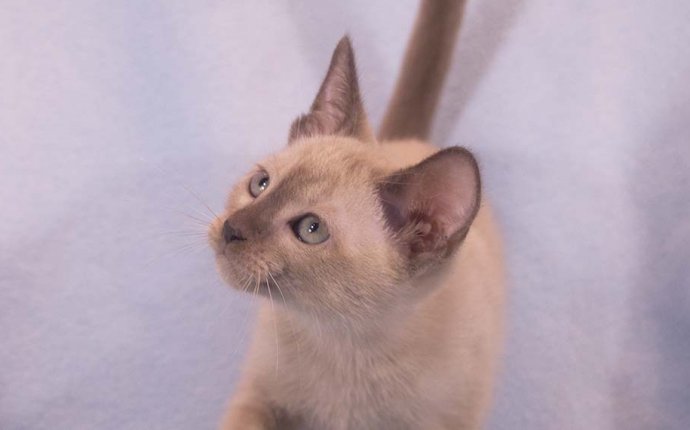 The Tonkinese has a winsome personality, not surprising since the Burmese and Siamese are prized for their temperaments. Faithful followers say the Tonkinese has the best of both breeds. His voice is milder in tone than the Siamese; however, he does believe in feline free speech and wants to share all of the day's adventures with you when you come home in the evening. The Tonkinese craves, and returns, affection and companionship. Unlike the rest of your busy family, he will always join you for dinner. He has an unflagging enthusiasm for life and life's pleasures, and loves interactive toys such as human fingers and the tails of his cat companions. He makes every close encounter a game. While Tonkinese cats willingly adapt to humans and animals alike, they may annoy more sedate breeds and therefore might do better with members of their own breed or other active breeds.

Tonkinese are particularly popular among cat lovers who remember the Traditional Siamese and want a cat with a less extreme body style than currently exists in the show Siamese. The waiting list can therefore be long, since numbers are currently low.

The Burmese gene responsible for the sable color is a member of the albino series of gene alleles and causes solid black to appear dark brown by reducing the amount of pigment in the hair. The Siamese gene for point-restricted color is also part of this alleles series. Because the Siamese gene is only partially recessive to the Burmese gene, the Tonkinese can come in three patterns: solid, like the Burmese; pointed, like the Siamese; and mink, a combination of the two. Mink used to refer to the look and feel of the Tonkinese's soft silky coat, but now refers to the mink pattern unique to the Tonkinese. With this pattern, the shading from point color to body color is subtle and not as sharply defined as with the pointed pattern. The body displays a pale to medium shade of the darker point color.

Tonkinese that display the pointed or solid pattern are called 'variants' in some associations. The CFA, for example, does not allow variants (called Any Other Variety or AOVs) to be shown for Championship competition. However, variants are important in Tonkinese breeding programs. Breeding two mink Tonkinese cats together produces offspring with an average color ratio of 1:2:1, 25 percent solid, 50 percent mink, and 25 percent pointed Tonkinese; however, breeding a pointed Tonkinese to a solid Tonkinese will produce 100 percent mink Tonkinese.

Interested in the history of the Tonkinese cat breed?

While planned breeding of the Tonkinese didn't begin until the 1960s, early versions of the breed probably have been around for hundreds of years. Since Burmese cats, originally called 'Copper cats' in their native land of Southeast Asia, existed in the same general regions as the Siamese for centuries, unplanned or intentional outcrossings seem likely.

Solid brown (self-brown) cats and chocolate Siamese were among the first felines to come to England from Siam in the late 1800s, along with the blue-eyed seal point Siamese. Early records describe the brown-colored cats as 'Siamese, with coats of burnished chestnut, and greeny-blue eyes'. Researchers believe that these imports were not all of the same genetic types, but rather represent what today would be called Burmese, chocolate point Siamese, Tonkinese, and Havana Browns. At this point, it's hard to tell one from another from the available descriptions. Ironically, Wong Mau, the Burmese's foundation cat brought to the United States in 1930, was found to be a Siamese/Burmese hybrid and today would be considered a Tonkinese.

These Siamese and solid-colored cats were exhibited in Europe during the late 1800s and the early 1900s, but soon all but the blue-eyed Siamese were disallowed in the show halls. In the early 1900s cats lacking blue eyes were accordingly banned from competition and disappeared from the cat fancy.

The Tonkinese got its start as a recognized breed in the early 1960s, when Canadian breeder Margaret Conroy crossed a sable Burmese with a seal point Siamese. The product of the cross was a cat of intermediate temperament and type, which Conroy originally called the 'Golden Siamese'. When the Tonkinese began, both the Burmese and the Siamese had not yet been transformed by selective breeding into their current conformations. The Siamese had yet to attain his extremely sleek show style, and the Burmese was not yet as compact and cobby, nor the head shape as broad and rounded. Still, combining the two and achieving a uniform and consistent head and body type was challenging for Tonkinese breeders.

In collaboration with other notable breeders like Jane Barletta of New Jersey, Conroy wrote the first breed standard, which was presented to the Canadian Cat Association (CCA). The Tonkinese was the first breed to be developed in Canada.

In 1971 CCA became the first cat registry to grant Championship status to the Tonkinese. CFF recognized the Tonkinese in 1974; TICA followed in 1979.

The road to acceptance wasn't always smooth. Many new breeds can't achieve acceptance without a period of controversy, and the Tonk was no exception. Achieving acceptance and support from the cat fancy community was as challenging as achieving a good head type. In October 1979 the CFA passed a 'five year rule', requiring new breeds to remain in the newly established noncompetition miscellaneous class for five years. Some Tonkinese breeders thought the rule was specifically designed to hold the Tonk back, since the Tonkinese breed association planned to ask for provisional status in 1980. However, the setback only made Tonk breeders and fanciers more determined to promote the breed and achieve eventual acceptance. The CFA granted Championship status in 1984. By 1990 all of the major associations had accepted the breed for Championship.

Should I adopt a cat

Cats for adoption in cincinnati

cats for adoption in richmond va