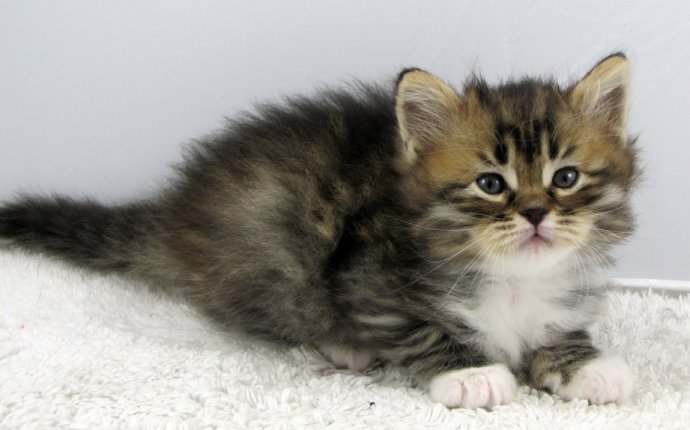 Interested in the history of the Siberian cat breed?

This breed may be new to the United States, but it's far from new to the Asian continent and to Europe. Exactly when and how the Siberian made his way to Siberia (and subsequently to Moscow and St. Petersburg) is not known, but it is theorized that the breed arrived with Russian emigrants. The cats survived and developed into a hardy, long haired breed able to withstand the unforgiving conditions of the region. The breed then spread throughout Europe, and the Siberian was noted in Harrison Weir?s late nineteenth century book, Our Cats and All About Them, as one of the three longhairs represented at the first cat show held in England in the 1700s.

Breeder Elizabeth Terrell of Baton Rouge, Louisiana, is credited with bringing the Siberian to the American cat fancier. As a Himalayan breeder and aficionado of Russian culture, Terrell responded to a 1988 article in a cat publication asking for breeders willing to donate or trade Himalayans to help establish the breed in Russia. She contacted Nelli Sachuk, a member of St. Petersburg's Kotofei cat club (pronounced COT-ah-fay), which is a member of the international division of ACFA. Kotofei, named after a fabled Russian character that had the head of a cat, is one of the few Russian cat clubs that extend official pedigrees. Until recently, Russia did not allow citizens to own any kind of household pet, pedigreed or otherwise, because of the housing and food shortage. It wasn't until 1987 that Kotofei was formed and breeding records started being kept. The first cat show in Moscow was held in 1988.

Terrell sent four Himalayans to Nelli Sachuk and in exchange received three Siberians from Sachuk on June 28, 1990, one male (with the impressive name of Kaliostro Vasenjkovich) and two females (Ofelia Romanova and Naina Romanova).

Before long, the Siberian had captivated Terrell's heart and pocketbook. She found herself investing thousands of dollars and long hours into obtaining more cats and establishing the Siberian as a recognized breed in America. Other breeders and fanciers joined her and they began the long process of winning association acceptance.

Terrell based the American standard on the Russian standard, adapted to American cat fancy terms, of course. Terrell's concern about the breed was that getting true stock was difficult and time-consuming, and not every feline called a Siberian was actually pedigreed. Unless the cat is registered with one of the Russian cat clubs, complete with a metruka (certificate of birth), he could be merely one of the domestic mixed breed cats available very inexpensively in the Russian markets. Since it's become known that Americans will pay hard currency for Siberians, some cats may be misrepresented. Other people, uninformed about the differences between pedigreed and mixed breeds, will represent their cats as Siberians, just as many Americans will call any long haired cat Persian or Angora. Obtaining a Siberian from Russia from now on, says Terrell, will be a little like playing Russian roulette.

Terrell has formed an inter-registry breed club called Taiga (pronounced Tie-GAH, named after the Taiga forests of Siberia) to help maintain the breed's purity and to promote the breed in the cat fancy. While this breed is still rare, fanciers have shown interest and the response has been positive. Full acceptance should be only a matter of time.

@sydney: so there's a cat i really want to adopt but my mom doesn't want it- should i get the cat

@⭐️ kati: last time I moved I got a cat two days later. does that mean I should adopt a kitten on Monday

@Shinsou Hitoshi: [Text: Everyone] ~I'm looking to adopt a cat... Where should I get one?