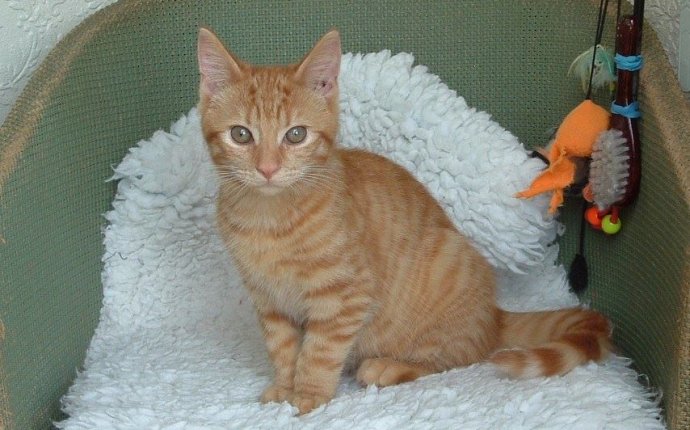 Scottish Folds are intelligent, sweet-tempered, soft-spoken, and easily adaptable to new people and situations. They are very loyal and tend to bond with one person in the household. While they will usually allow others to cuddle and pet them, their primary attachment becomes quickly clear as they single out their chosen humans. They thrive on attention, but it must be on their own terms.

Despite their devotion, they are not clingy, demanding cats and usually prefer to be near you rather than on your lap. They enjoy a good game of fetch now and then as well, and keep their playful side well into adulthood. Despite the breeding and health difficulties, Folds have certainly earned their standing in the cat fancy.

The Scottish Fold's folded ears are produced by a dominant gene that affects the cartilage of the ears, causing the ears to fold forward and downward, giving the head a rounded appearance. Since the gene is dominant, all Scottish Fold cats must have at least one folded ear parent to have folded ears themselves. When a Fold is bred to a straight-eared cat, approximately 50 percent of the kittens will have folded ears, although the number of Folds in any given litter can vary greatly.

Breeding Fold to Fold increases the number of Fold kittens, but also greatly increases the chances of skeletal deformities. Homozygous Folds (Folds that inherit the folded ear gene from both parents) are much more likely to develop congenital osteodystrophy, a genetic condition that causes crippling distortion and enlargement of the bones. Avoiding Fold-to-Fold breeding reduces the problem; however, controversy surrounds the breed because of this defect. Thickness or lack of mobility of the legs or tail are sure signs of trouble. You can determine tail flexibility by moving your hand down the tail in a very gentle, slightly upward-arching movement.

All Folds are born with straight ears. At around three weeks the ears begin to fold, if they are going to. Since it's not readily apparent how many Folds one has, breeders must play a waiting game until the ears develop their final folds. Even then it's difficult to tell if the folds will be the tight folds preferred in the show ring or the looser, pet-quality folds.

Despite being folded, the ears are still expressive and swivel to listen, lay back in anger, and prick up when the can opener whirrs. The fold in the ear can become less pronounced when the cat is in heat, upset, or ill. Although some Fold owners report an increased production of wax buildup in their cats' ears, apparently the folded ears do not make the cat more susceptible to mites or infections. The previously reported susceptibility to deafness may be related to the fact that many early Scottish Folds were white, and white cats can be prone to deafness unrelated to the fold gene.

Interested in the history of the Scottish Fold cat breed?

In 1961 Scottish shepherd William Ross noticed a white cat with strange, folded ears at a neighbor's farm near Coupar Angus in the Tayside Region of Scotland. Realizing the uniqueness of this cat's 'lop' ears, he asked around and found that the feline was a barn cat of no particular pedigree. Named Suzie, the cat belonged to Ross's neighbors, the McRaes.

Ross learned that Susie's mother was a straight-eared white cat. Her father was unknown, so it was unclear whether Susie was the first of her kind, or whether the folded ears had simply never been noticed before. Susie's brother was also a Fold, but he wandered away, never to be seen again.

Ross and his wife, Mary, were enchanted by the feline and when Susie produced two folded ear kittens a year later, they acquired one, a white beauty like her mother whom they named Snooks.

The Rosses started a breeding program and proceeded to investigate establishing a new breed by attending cat shows and talking with breeders. At this time, they called the breed 'lop-eared', after the rabbit variety.

In 1966 the Rosses began registering their cats with the Governing Council of the Cat Fancy and, along with other enthusiasts, began the long process of achieving acceptance for their folded friends. By the end of the decade the breed was renamed the Scottish Fold.

In the early 1970s, however, the GCCF stopped registering Folds because of concerns about ear disorders such as infections, mites, and hearing problems. To continue in the show ring, the Scottish Fold had to give up its kilts and bagpipes and move to America.

Folds were first introduced to the United States in 1970 when three of Snook's kittens were sent to Dr. Neil Todd at the Carnivore Genetics Research Center in Massachusetts, who was researching spontaneous mutations. He eventually abandoned his research, but located homes for his Folds. One of his cats found his way to Salle Wolfe Peters in Pennsylvania, who is chiefly responsible for developing the breed in the United States. Other Folds were later imported to the United States. All genuine Scottish Folds can be traced back to Susie's line.

The Scottish Fold was accepted for CFA registration in 1973; in 1978 it received Championship status. In an amazingly short period, the Fold earned acceptance in all the cat associations and a place in the U.S. cat fancy's top ten most popular breeds.

The long haired version of the breed was not officially recognized until the mid-1980s, although longhair kittens have been cropping up in the Scottish Fold litters since the genesis of the breed. Susie may have carried the long hair gene, being a barn cat of uncertain origin. The use of Persians in early crosses also helped to establish the longhair gene. CFA, CCA, ACFA, NCFA, ACA, CFF, AACE, UFO, and TICA have accepted the Scottish Fold Longhair for Championship.

@caylie: I want to move to Pittsburgh and adopt a cat. That's it.