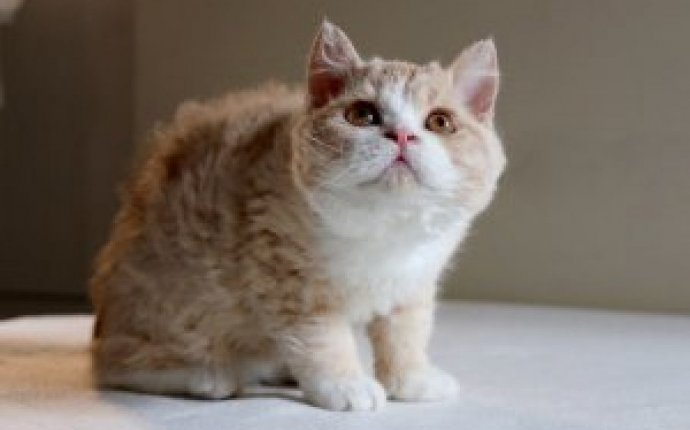 Cornish Rexes are good for folks who like having their lives run by active, inquisitive, gazelle-like felines that love a good joke, as long as it's not on them. Everything is a game to the Cornish Rex, and they can be hard to ignore when they're in a sociable mood, which is most of the time. Rexes are determinedly outgoing with their favorite humans. With their warm suede feel, they make the perfect winter lap warmer, too. They are intelligent, alert, and usually easy to handle.

Extremely affectionate, Rexes are particularly so around dinnertime, so devoted, in fact, that you can't keep them out of your plate without a squirt bottle. Dinner will never be the same again with a purring Cornish stealing your food as soon as your back is turned, or even while you're looking.

Some Rexes enjoy retrieving and will bring back objects for you to toss again and again. They are adept climbers, leapers, and sprinters, and have marvelously agile paws. No shelf or cupboard is safe from a persistent Cornish.

Some people who are allergic to cats are able to own Cornish Rex cats, but the reason for this is not that Rexes are, as some people have claimed, hypoallergenic. The Cornish and the Devon do shed less than other cat breeds (they can't shed hair they don't have), which is great if keeping hair off the couch is important to you. How-ever, cat hair itself is not what causes allergic symptoms in humans. An allergenic protein called Fel d1, secreted via saliva and sebaceous glands, produces the symptoms. When cats groom, they spread Fel d1 onto their fur. Cornish Rexes produce this protein, too. They just don't deposit as much allergen-laced hair all over the house. Since Cornish Rex cats are easy to bathe (the soap penetrates the short coat easily and their fur dries quickly), regular bathing can reduce the Fel d1 covering the Rex's fur, and can further reduce allergic symptoms.

The Cornish Rex shares similarities, and differences, with the Devon Rex. The Rex coats of both the Cornish and the Devon are governed by recessive genes. Both create similar changes in the coat. The mutation seems to affect the body type as well, since Rex kittens have a different conformation than their straight-coated litter mates. The Cornish Rex completely lacks guard hairs. The soft awn hairs make up the Cornish coat and form a tight, uniform wave that lies close to the body. The awn wave extends from the top of the head, down across the back, sides, and hips, and continues to the tip of the long, tapering tail.

Interested in the history of the Cornish Rex cat breed?

The first known Cornish was discovered on July 21, 1950, on a farm in Bodmin Moor, Cornwall, England, where Serena, a tortoiseshell and white domestic, gave birth to five kittens. The litter contained one curly-coated orange and white male kitten, which Nina Ennismore, Serena's mom, named Kallibunker.

Kallibunker was noticeably different from his litter mates. His hair was short and curly and, instead of possessing the cobby body like that of his litter mates and mother, Kallibunker?s body was long and lithe. He possessed large ears, a slender tail, and a foreign wedge-shaped head.

Ennismore, interested in this mini-mutant mouser, got in touch with a British geneticist, who agreed that the fur of Kallibunker was similar to the Rex rabbit's fur. On the advice of the geneticist, Ennismore backcrossed Kallibunker to his mother. This mating produced a litter containing one straight-coated kitten and two curly-coated kittens. A second breeding was arranged for Kallibunker and Mom, and again curly-coated kittens were produced. The name Cornish Rex was decided upon for the new breed because of the breed's resemblance to the curly-coated Astrex rabbit.

Two Cornish Rexes arrived in America in 1957, courtesy of fancier Fran Blancheri. One died shortly after arrival, but the other, LaMorna Cove, who was pregnant by Poldhu (one of the kittens sired by Kallibunker), survived and produced a Rex litter. LaMorna and family became the foundation cats for the Cornish Rex in America.

Since the gene pool was small, breeders outcrossed to other breeds to maintain genetic diversity. Siamese, Havana Browns, American Shorthairs, and domestic shorthairs were among the breeds used. This not only provided genetic diversity, but a wide selection of colors and patterns from which to choose. Outcrossing has since been disallowed because there's now enough diversity to keep the breed healthy. The CFA accepted the Cornish for Championship in 1964; all the North American registries now accept the Cornish.