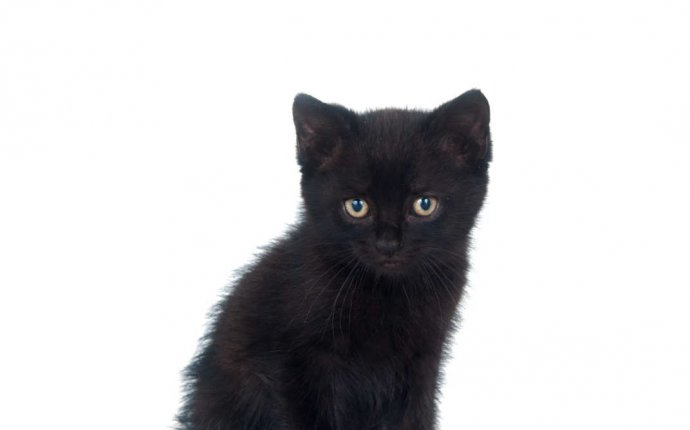 What is this mysterious stigma surrounding black cats? Even in modern times, as silly as it sounds, you still hear of black cats being associated with superstitions, black magic, and Pagan holidays such as Halloween. In honor of national Black Cat Appreciation Day on Sunday, August 17, let’s try to dispel this myth!

When you picture a black cat, you probably think of the Bombay, the most common breed amongst the 21 breeds of black cats (and the breed most famous, too). They are known for their black coat, black toes, black nose and yellow eyes, and are also characterized as intelligent, playful, and attention-seeking. You might recognize a Bombay black cat (real or animated) from popular shows and movies including “The Simpsons, ” “Star Trek, ” “Hocus Pocus, ” “Sabrina the Teenage Witch, ” and “Coraline.” Let us also remember one of the world’s most notable black cats — Homer the Blind Wonder Cat of the book “Homer’s Odyssey.”

Folklore varies from culture to culture, century to century. Interestingly enough, it was once believed that witches (or fairies) could change into cats. In fact, it is believed they could make that change nine times. Some believe this to be the origin of the belief that cats have nine lives.

So how does all this affect current adoption rates and shelter occupancies for black cats? According to the ASPCA, “year-round, black cats are the least likely to get adopted in shelters across the U.S.” There’s no concrete answer as to why — while some may believe black cats are bad luck, it’s equally as likely that black cats stand out less compared to their brightly-colored kitten counterparts, or that they are harder to see inside their kennels. Black cats are just as pawsome as every other cat, though!

Let’s go back a few centuries, to the Egyptian times of 3000 BC, when black cats were actually held in the highest esteem and to harm one was considered a capital crime. Sailors also believed in having a black cat onboard their ships to bring good luck, and some fisherman wives would keep black cats at home to influence the safe returns of their husbands. Many believe that black cats often seem more ‘empathic and intuitive’ than other cats. In my experience — since I have two black cats of my own — this couldn’t be more true! My boys (like Andrew, pictured here) are incredibly loving, extremely talkative, and often too smart for their own good!