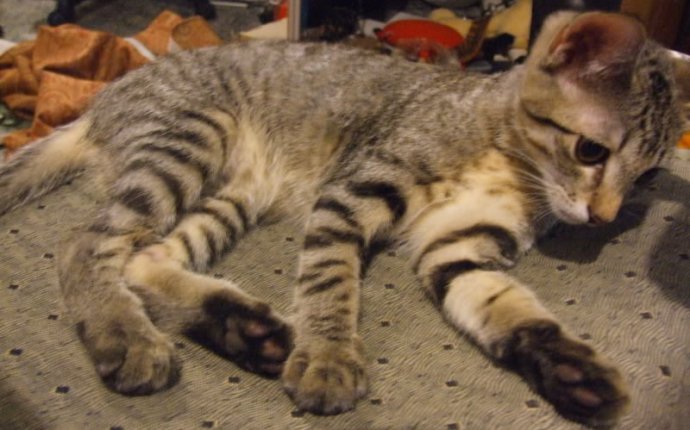 The Bengal may look like a wild cat, but breeders insist that the Bengal is as lovably friendly and docile as any full-blooded domestic cat. Fanciers describe Bengals as playful, gregarious, and energetic cats that have a generous dose of feline curiosity and that want to be involved with their family. Not intimidated by water, they will sometimes join their family for a swim, as long as it's on their terms.

Although show-quality cats must be four generations away (F4) from the leopard cat to be shown, previous generations of Bengals are placed as pets; therefore, it's important to know what you're getting when acquiring a Bengal. Before getting a second generation (F2) or third generation (F3) Bengal, be sure that the cat is free of temperament problems.

The Bengal's spots are aligned horizontally rather than in random or tabby configuration. Rosettes formed in a part-circle around a redder center is the preferred look. Emphasis is put on the contrast between the spots and the background color; the edges should be sharp and pattern distinct for a show-quality cat. In the marbled pattern, the markings are derived from the classic tabby gene, but the overall look is random, giving the impression of marble.

Bengals often possess a 'glitter gene' that gives the fur an iridescent glow, as if covered with warm frost. Three recessive coat variations have been developed: the snow leopard, the marbled, and the snow marbled. These types are still quite rare.

Interested in the history of the Bengal cat breed?

The Bengal breed originated as a human-made hybrid of the Asian leopard cat and the domestic cat. The leopard cat (Felis bengalensis ) is a cat-sized inhabitant of southern Asia and is thought to be one of the closest of the modern undomesticated cat species to the ancient common ancestor of the cat family.

The leopard cat looks very much like a domestic cat, except for the larger, snapping eyes, pronounced whisker pads, longer legs, and brilliant leopard markings. He looks, in fact, like a miniature leopard. The Bengal began his journey toward becoming a recognized breed in 1963 when breeder Jean Mill of Covina, California, bought a female leopard cat from a pet store. At that time, leopard cats could be purchased in the United States, although today it's illegal to sell them. She wasn't trying to create a new breed of cat, she just wanted a unique pet.

After several years, Mill thought the cat looked lonely, so she put a male domestic cat in the cat's cage to keep her company. She wasn't expecting a romantic relationship, but to Mill's surprise, in 1965 her leopard cat produced a litter.

Only one kitten from the litter survived, a female hybrid that Mill named Kin-Kin. Mill contacted Cornell University College of Veterinary Medicine in Ithaca, New York, for advice on how to handle the hybrid, and was told that Kin-Kin was probably sterile. That, also, proved false. Kin-Kin grew up, mated with her father, and produced two kittens. One was all black and had inherited the wild leopard cat temperament, it refused to let anyone near it. The other, a spotted male, inherited the sweet disposition of a domestic. After some consideration, Mill decided that creating a crossbred breed would benefit the plight of the leopard cats. Mill was dismayed by the plight of orphaned leopard cat cubs taken by hunters and sold to American pet stores. The cats generally ended up in zoos when the cubs grew to adulthood and reverted to their wild ways. Mill wanted to provide the American market with an acceptable spotted substitute.

In the first crossings of leopard cat to Domestic Shorthair, the male kittens were infertile, as is the case with many hybrids. The females were usually fertile as were the male kittens in subsequent generations. However, many of those first hybrid kittens grew up to be nervous cats of uncertain temperament, similar to their wild relatives. It was only after the cats were several generations away from the leopard cat that the Bengal's temperament became more predictable.

The standard for the Bengal, unlike other cat breeds, includes a description of the cat's ideal temperament, describing him as confident, alert, curious, and friendly. Any sign of definite challenge disqualifies the cat in order to prevent temperament problems from being perpetuated in the breeding stock. TICA requires that show cats be bred Bengal to Bengal for at least four generations to ensure a docile temperament.

However, in some associations the Bengal is still considered the party crasher at the cat fancy cocktail party. The CFA does not accept any breeds with wild blood and only five associations (TICA, CCA, UFO, TCA, and CFF) allow Bengals to be shown. ACFA accepts Bengals for registration but does not allow them into the show halls because of concerns about the temperament of the breed. Reported concerns include extreme timidity, aggression (several judges were bitten), and a basic wariness of people and other animals.

who to hire first startup where london is located which management ports are available where project managers work where to develop film in toronto how community solutions how much development is important for a country entrepreneur who how development of a training program is prepared how system call works in linux where to find device management on iphone how much teaching should a hlta do what products contain benzene where product key windows 8 how many teaching vacancies in florida how entrepreneur become successful where to design a logo who project manager who equipment qualification guidelines where to equip horse armor botw what product to sell on amazon which manager has been sacked the most how often answer why company register in delaware which equipment is required to be on a trailer who founded london england how product and engineering work together why technological advancement is necessary in india whose project is the metro manila subway how to solve solution how teaching should take place how design makes the world which engineering major should i choose where london map where to find solutions for textbooks what management means where human came from science which solution has the highest ph where oneplus manufacturer who's are whose who is an entrepreneur give an example where to download project sekai how much tech deck what workers have the worst jobs how much system data is normal on mac what determines development where do entrepreneurs work when technology spillover occurs how device tree works how technological factor influence volkswagen what system is the kidney in where to watch project x how solution set how much equipment was left in syria where's the science weapon on groundbreaker where to get technical manuals for poppi how much business permit in quezon city where to design shirts what business quarter are we in where entrepreneur live startup show how solution is prepared which teaching method is best which london airport is closest to southampton who devised the metric system what technology was used in ww2 who technical officer who set up instagram why teaching abstinence doesn't work how many start ups in the uk how startup founders make money who product specification what device is this mac address how many development bank in nepal 2022 why london is a good place to live where is dmitry from project runway now how much project pat worth what company is bts under how long system restore windows 10 how much science do we know when project management goes wrong why device drivers are used how many business days in june 2022 how system restore where is tommy from design inc what tech would look like who started whose line is it anyway how entrepreneur contribute to economic development why manufacturing business what technology was used in ww2 when entrepreneurship is successful class 10 where equipment operating at 1000 volts where to teach online roadmap when will hairdressers open whose teaching inspired the french revolution why technological and institutional reforms are required how much solution for hoover carpet cleaner how far london to paris how many engineering graduates per year how technology works who business is best whose science is it who system thinking whose teaching is in support of education for all who should be ceo of startup how much start up costs can be expensed whose company is airtel who roadmap snakebite why management is important in business whose en ingles which project management certification is best when company stays too long which solution is the most concentrated where to manufacture plastic products who design the american flag who manufacturers baby formula where to develop film in toronto how many technology parks are in india
Source: www.petfinder.com